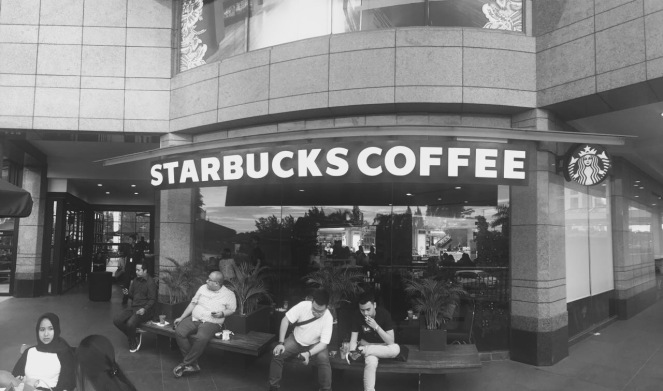 “Make peace with your past so it wont disturb your present.”

–  “So called’ 7 Cardinals Rules for Life

They say there’re 3 things that influence you the most, the society around you, your friends, and your family. I’d have to say, the last one has the most influence throughout my life, not because I have a great one, but because the absence of one specific figure in my life.

I’ve been closer to poop in my pants on high school than i’ve ever been with my dad. Well, it’s pretty hard to be close to someone you only meetg once a week. It’s not like I’m putting the blame on him though, I’m not that self-centered. He has his own activity that keeps him busy, and family. Yes, another family aside of mine. A family he made before mine, which of course he’d prioritize.

Sunday was his day of choice. And that is mainly the reason why I hate Sunday, because it’s the only day I have to meet him. Conversation gets dull when you’re not even sure what to talk about, but usually it’s the boring “how’s school, how’s church, how’s life” topic.  It’s not that I hate him, it’s just that I dont like his way of thinking, which is:

In any circustances, he wouldn’t admit that he’s wrong. Well, frankly I gotta say that he’s a pretty great person, being in the parlement for a few dozen years and all, and I could say that this made him pretty big-headed. Another thing is that he always sees things as black and white, if you’re not right, then you’re wrong. Quite a conservative way of thinking I’d say.

Nevertheless, I got accustomed to it. If the same thing has been going for 20 years, you’d too. As someone who grew up without his figure, I became someone with low self esteem, but other than that I’m pretty much fine. I also treat female with great respect because, well, a female (kind of) single handedly raised me.

For a disclosed reason, my dad stopped coming since 4 years ago, around the end of 2012. Since then, Sunday isn’t that dreadful anymore. I get to enjoy Sunday as normal people would, doing my own activity and stuff. But the damage has been done, you’re simply not the same as others when you grew up without a fatherly figure.

When he didn’t come up anymore, I was pretty sure that I’d be just fine. I dont feel any coherent effect and things feel fine. But deep down, what I didn’t really notice, or pretending to not notice, was that i feel empty. I’m not sure who I am, or where I’m heading. I dont know what to aim, my goal, or even what i want to achieve.

If you’re in your 20s and you don’t know what you’re aiming for in the future, question yourself what went wrong, because you can’t move forward if you don’t know where to step. That’s exactly my problem, and my bigger problem is that I didn’t notice it yet. It took its toll, I changed major in university when I was already in my 3rd year, which partly was my fault as well. Time wasted, but life goes on.

It was until I had this conversation with my friend that kind of opened my mind.

I was talking with my friend when he said he want to go to China to meet his family, to know what exactly happened before his family got separated, to know the whole story behind it. And then it struck me. I said to him that I’ve been fine living without a father and to not know the story behind it, which his reply was “But it’s not fine at all, what you’ve been living through is your identity, and your identity is still partly missing without you knowing a part of your life”.

Thus, I concluded that by knowing my own identity, it could help me find out what my goal is.  And so out of nowhere after 2 years of not meeting him, I decided to text my dad asking to meet up to talk about stuff that’s been going through, but mainly about things that has been through.

One thing that I just noticed though, for someone that shares the same DNA with me, I’ve never had a quality talk with him, and the last quality time we spend had was  the two of us was us playing soccer when I was still on elementary school. Yeah, my childhood wasn’t that awesome when it comes to my making memories with him.

At this time, I was busy doing internship while he’s busy as always with his job as a lecturer. So I set up a date with him, to meet up where it’s in the middle of my place and his. The meeting place was an overpriced coffee shop at Senayan that I’ve been always fond of. No, the coffee isn’t that good, but I love the atmosphere and thought that it’ll help chill up the mood.

On the promised day, I took a day off and waited till noon after his class is finished before going to the coffee shop. As someone from the previous generation who appreciates time, I didn’t have to wait long before he came.

He didn’t change much over the year, but age has surely affected his appearance. He surely fought well with his no longer young body, looking quite fit and all. Many people gave up on physical exercise when their age reach 70, but he’s certainly not one.

Conversation started a bit awkward but it began to flow just fine as time goes. One of the question that triggered was “How did you met mom?”. Turns out he met my mom when he was a lecturer and my mom being his student. Quite a womanizer I’d say. That question also made me hear him admitting to his mistake for the first time in my life, while still being defensive in a way of course.

This meeting convinced me that he’s a smart person after all. After all, he wouldn’t be where he is now if he isn’t. I got ticked off when he started comparing me with his children from his first wife, which studied in one of the most prestigious university in Jakarta, if not in Indonesia, and now living abroad, while I haven’t even finished my study.

When I said it’s probably because I lack a father figure in my life, he said that it’s not a reason. I was like, “Wow are you for real?”. Sure, I’m not the typical role model student, and my appearance sure isn’t convincing for someone so orthodox (yes I’m being judgemental and defensive as well) being all tatted up on my right arm. He did saw my tattoos on my wrist since a shirt can’t cover all my tats, and that was the first time he saw it. Quite surprising that his reaction was only “You drew your arm now?”.

That heated conversation didn’t end there. We also talked about why I fail, which he pointed out because I’m not close to God, and that I don’t go to church anymore. As a self proclaimed logical person, being religious is the last thing that matters when it comes to someone’s failure, and so the debate about me continues. From that debate, it is clear that his way of thinking still hasn’t change one bit. If you’re not right, then you’re wrong, and I’m clearly in the wrong here.

No, it’s not that he’s fully wrong, but I was being defensive because I can’t stand being criticized by someone who won’t admit his mistake. I was glad that he went to the restroom after a while so that I could regain my composure (maybe he went because he want to do the same thing).

I didn’t forget to ask that question I meant to ask from the start. “I don’t know what to do next, what should I do? How to know what makes you happy?”, which his answer was pretty simple. Work hard, get rich. And from his answer, I knew why and what made him this way. He was raised from a not so rich family, and he worked his way to the top so he have the right to say that.

Success and happiness is measured by material by him, and from that answer, I knew that I’m clearly his offspring because that pretty much sums the whole idea for me. I thought I wasn’t like  him, but his answer just depicted what was in my mind. I thought I wasn’t that shallow, but I guess an apple doesn’t fall far from the tree. It funny yet ironic to know that when you deny the truth for so long, you tend to get lost.

The rest of the time, it was filled with laughter, nostalgic moments, and new things that I didn’t know yet. It’s funny though, I never thought of him as someone humorous, turns out I was the one being so close minded that I can’t see the real him.

One thing for sure though, none of the minutes went to waste. He opened up, and so did I, and the walls between us crumbled.

For the first time in my life, it felt like father and son. And maybe, or so I hope, that the our next meeting won’t be as long.

A Mine of Brilliant Mind

Catching Up 22 Years of Time